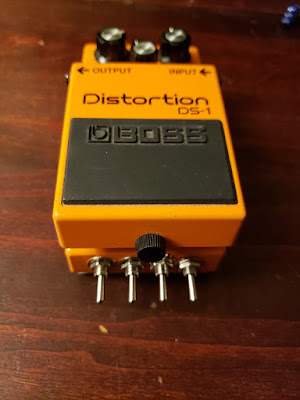 That orange pedal is a classic. That's the sound I had when I started playing guitar. Out of nostalgia, I bought an old Peavey from the 80's as well as a used DS-1. It sounds like the glorious garbage from my teenage years. But something was off. The amp was even worse. So I tweaked them. Here is what I did. 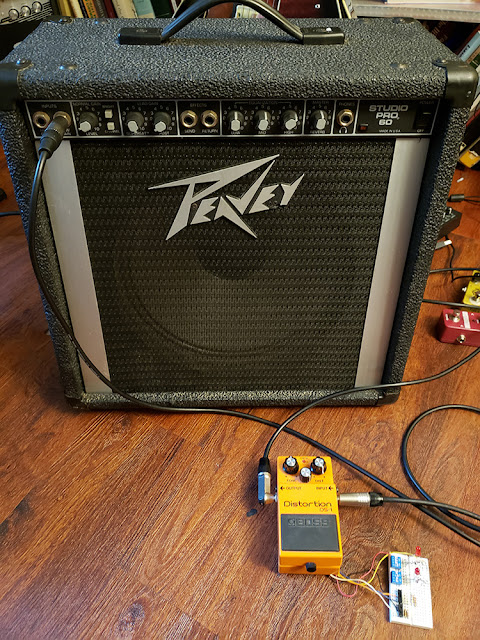 First, I didn't recall the pedal tone knob to be so muffled on low setting and shrilling on the high.
Second, it can't go clean. I'm more used to overdrives now so I have trouble enjoying the fizz that a distortion adds to a clean sound at low gain because of its hard clipping.
Third, it's pretty compressed and fizzy, I'm a grown up now, I need more headroom, more bass and more crunch.
The good news is that there are easy solution for all of these problems all over the web. Here is my version.

My experience with modding pedals is that changing the clipping diodes has the most impact on the gain structure. I started by breadboarding some switches. The blue switches are for changing diode types: silicon, germanium, red LED and 3 color LED (using half of it). That selection can be done for both sides of the clipping (clipping the top and bottom of the signal).
Distortions often use silicon diodes. Germanium has a sligthly lower voltage so they will start clipping sooner and thus compress the signal more. I prefer LEDs, they start clipping at higher voltage so they give more volume and more crunch. They also light up when they clip so you get a visual of the amount of clipping. You can get quite fancy by combining diode types for some asymetrical clipping. 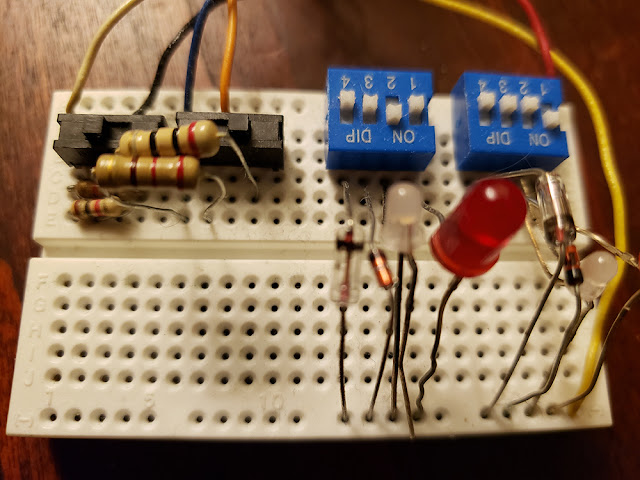 The DS-1 amplifies the signal quite a lot before even hitting the opamp, so you get clipping from the opamp itself. It's an interesting sounds and some pedals are doing just that. But it also means that you can't lower the gain enough to have a clean signal. So I added a switch to lower the transistor amplification. Then you get a nice clean boost when using the level knob. Combined with diode clipping, you get more headroom. I also like the opamp clipping so the final iteration have the option to remove clipping diodes and just get the opamp distortion, or just the clean sound.

I'm not sure how we are supposed to use the extremes of the regular tone control of a DS-1 but they sound mostly unusable to me. A nice trick is to change the tone filter curve to make it more flat. I use a switch to turn that mod on and off because some diode combinations are still interesting with the original tone on high settings.


I also experimented with some mods to raise the gain a bit more but it was adding too much hissing noise.

For packaging these mods, my first idea was to have a separate box attached to the pedal. It looked like a motorcycle sidecar so I had a box and a design ready. 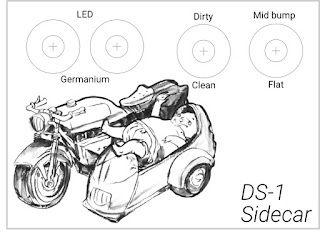 But then I figured out a way to pack the 4 toggles inside the pedal enclosure. So I decided to use some point to point soldering instead. Here you can see the diode selector. One side has red LED and germanium, the other yellow LED and silicon. The switch is 3 way, so the center is off, no diode selected. 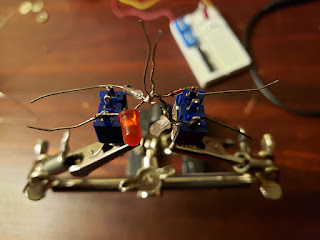 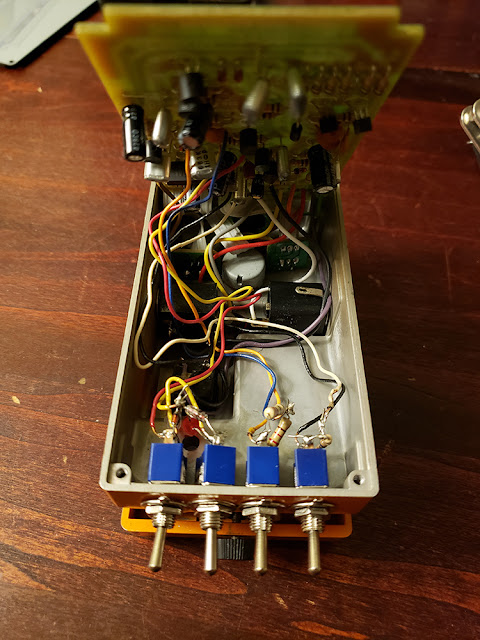 The amp Supersat™is pretty bad on that Peavey Studio Pro 60. Like for the Boss DS-1, the sound I had in my mind had more crunch than that. So I had to modify it too.
This amp was only produced for a year so I only found schematics for the 50 and 110 versions, which appeared to be pretty different. I had to manually trace the schematic to find the right diodes involved in the clipping. Th egood news is that there's no difference between a pedal and an amp at this stage. This one had 2 pairs of silicon diodes in the opamp loop. That explains the compressed and fizzy sound. Easy to change.
Here you can see how a switch changes diodes and connects to the clipping stage. I choose 3 gain structure: async germanium + 2 silicon, blue LEDs for more crunch, volume and bass and a pair of MOSFET for even more headroom and tube-like breakup. 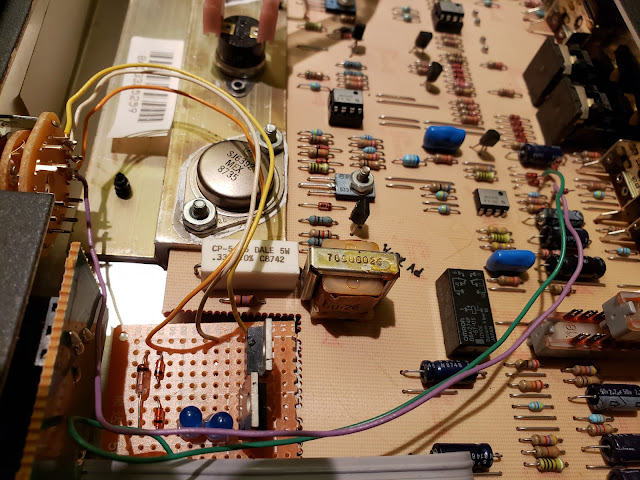 The 3 way selector is exposed in the back to radically change your distortion type. 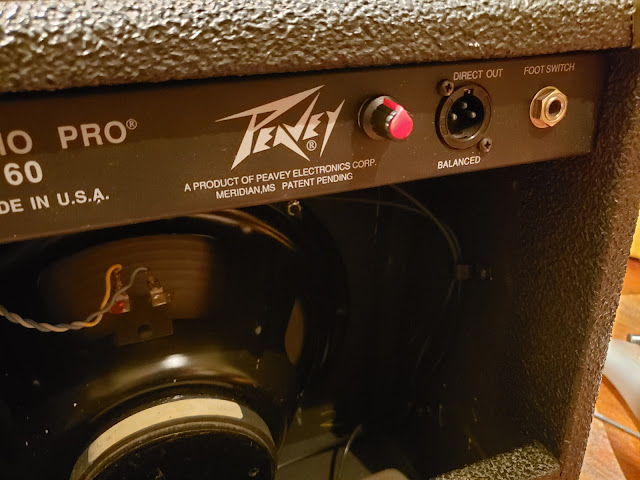